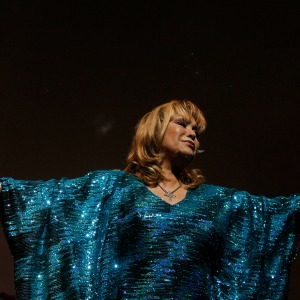 In the early sixties, just as other singers of her generation, Palmenia Pizarro started her career on radio stations. In a time where rock and roll and twist were kings, she was scared of not having a space because she sang boleros and peruvian valses. But Palmenia Pizarro was happily surprised when her music was nothing but hits.

After she released several singles that paved her career to popularity, she performed in a crowded Caupolicán Theater (an important venue in Santiago) in 1964. The same year she had released her first LP called Qué Lindo Canta Palmenia (Palmenia Sings so Beautiful). The album included the hit single “Cariño Malo” (“Mean Darling”), original of Augusto Polo Campos, from Peru. That bolero is the quintessential song that identifies Palmenia Pizarro‘s music and it influenced so many chilean and foreign singers. She has a unique style that became a referent to latin romantic music.

During the seventies she started her Latin American conquer and her imminent establishment in Mexico. She expanded her repertoire, including diverse folk rooted songs, like the argentinean “Sapo Cancionero”. Palmenia Pizarro was able to give the songs an absolutely original interpretation, as she adapted them to bolero and peruvian valses style. That’s how the singer was invited to record in various countries from Brazil to Japan.

Both years on 2002 and 2012 Palmenia Pizarro did massive concerts in Chile to celebrate her 40 and 50 years in the stages, respectively. In those shows she demonstrated that her popularity and charisma remain intact. 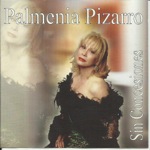