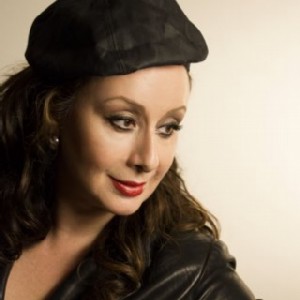 With her dramatic intensity and richness of her vocal timbre, Veronica Villarroel is one of the most prestigious singers- actresses in the world. The chilean soprano studied at the Julliard School singing academy, thanks to the intervention of Renata Scotto who discovered her in the Municipal Theater of Santiago. In 1990 he sang with Placido Domingo in Santiago de Chile for the first time, and have since made numerous operas, concerts and recordings worldwide, being a guide and teacher up to date. Together they recorded the CD and DVD El Gato Montes y Gold & Silver Gala from Covent Garden.

Madame Butterfly’s Cio Cio became a recurring role of her career at theaters such as Tokyo, Toulouse and Dallas. The opera Alzira, moreover opened a chain of Verdi rarities in the repertoire of Verónica, totaling 13 roles to date. Her operas repertoire at New York Metropolitan Opera House include: Pagliacci, La Traviata, Madama Butterfly and Carmen, among others. Her participation in Il Trovatore at Covent Garden (London) with José Cura and Dmitri Hvorostovsky, was released on DVD for the BBC.

From 2007 she has offered various concerts dedicated to popular music with pop-symphonic arrangements, (covers of Roberto Carlos, Manzanero, Julio Iglesias, among others), songs that two years later were released in her album Cuando Estoy Contigo (When I’m With You), winner of a gold record in Chile. After the earthquake in Chile in 2010, Veronica Villarroel produced very significant concerts, such as, at ground zero point in Talcahuano (south of Chile), at the Teatro Municipal de Santiago, and also worldwide: St. Patrick’s Cathedral in New York and Madrid. 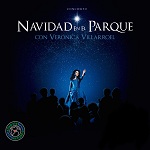